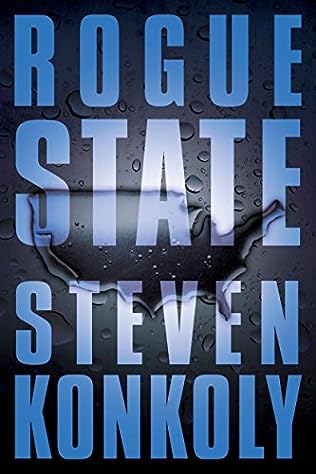 A family runs for its life across the wastelands of a future America on the brink of collapse.

Twenty years in the future, America perches on the edge of collapse, devastated by drought and dwindling resources. California, now a totalitarian surveillance state controlling the lion’s share of the nation’s economy, is on the brink of secession.

And family man Nathan Fisher finds himself at the heart of a bloody conspiracy that threatens the lives of his loved ones and the future of the country itself. Pursued by Mason Flagg and the sinister Cerberus organization, Nathan and his embattled family—accompanied by tough-as-nails Marine David Quinn—make a desperate run across the blasted wastes of the western United States, seeking sanctuary in Nevada.

Woefully outmanned and outgunned by a cadre of ruthless Russian mercenaries enlisted by Flagg, and closely pursued by the drug cartels that rule the ravaged Southwest, the Fishers need some serious help to survive…but at what price?