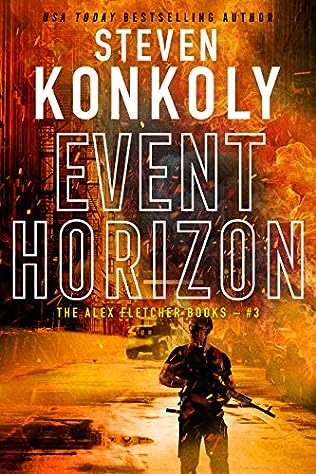 With Boston collapsing faster than Alex Fletcher predicted, his personal rescue mission deep into the heart of an increasingly unfamiliar city reaches a critical point. Pursued by a ruthless militia group and forced to navigate a treacherous landscape, he runs a gauntlet of grim decisions and impossible odds to reach perceived safety. Perceived because nothing is safe in the world emerging after the “event.”

In Maine, the consequences of a random, deadly encounter have left Kate Fletcher and her travel companions in a state of perpetual fear. Finally reaching the Fletcher’s western Maine retreat, they prepare for the worst–not truly understanding the threat conspiring against them.

A series of lethal coincidences fuels a local militia leader’s ghastly strategy to raise a private army, planting the Fletcher’s firmly at the intersection of his power play–and the epicenter of his rage.

The human darkness released on August 19, 2019, continues to grow, threatening to tear the fabric of their fragile society apart…until nothing remains but a distant memory of the past.