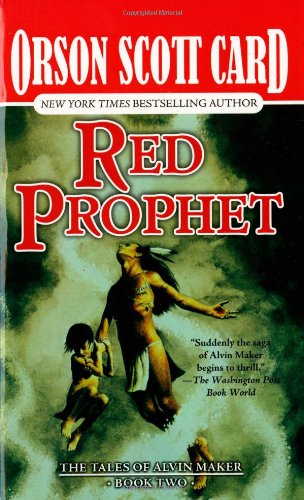 Orson Scott Card continues the tale of Alvin, the young seventh son growing up on the frontier of a magical alternate America.

Come home to the magical America that might have been, and marvel as the tale of Alvin Maker unfolds. The seventh son of a seventh son is a boy of mysterious powers, and he is waking to the mysteries of the land and its own chosen people.

Since the age of 11, when he saw the white men murder his father, the Red Indian Lolla-Wossiky has been a pathetic drunk. When Governor Bill Harrison puts brutal plans for the Indians into action, he unwittingly brings Alvin Miller and his magical powers to Lolla-Wossiky and his brother.