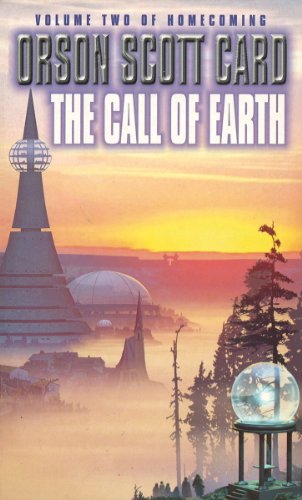 Nationally bestselling and award-winning Orson Scott Card returns with the second volume of his Homecoming Saga. The Call of Earth continues the story of Nafai and his extended family, of the planet Harmony, and of the ancient, orbiting Oversoul’s efforts to repair itself.

As Harmony’s Oversoul grows weaker, a great warrior has arisen to challenge its bans.

His name is Moozh, and he has won control of an army using forbidden technology. now he is aiming his soldiers at the city of Basilica, that strong fortress above the Plain.Basilica remains in turmoil. Wetchik and his sons are not strong enough to stop an army.

Can Rasa and her allies defeat him through intrigue, or will Moozh take the city and all who are in it?