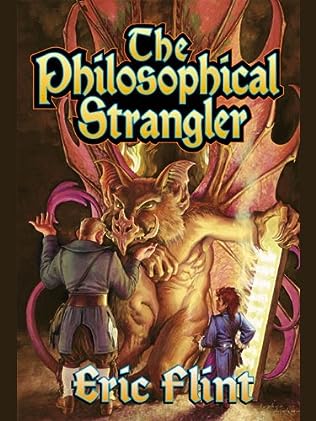 When Greyboar, a professional strangler, discovers the Supreme Philosophy of Life, he becomes a new man–but how can a villain in good standing pay the bills with his philosophical exploration getting in the way? Then Greyboar’s long-lost sister asks him to help persecuted dwarves escape their human oppressors.

Mighty Greyboar, the world’s greatest professional strangler, is dissatisfied with his lot in life. The work is steady and the pay is good, but what, he wonders, is the point of it all?

But when he learns that there is a Supreme Philosophy of Life*, Greyboar the Strangler is Born Again! Still, just how can a professional man in good standing pay the bills with all this philosophical exploration getting in the way?

That’s what his hard-headed agent and manager Ignace wants to know! And Ignace’s skepticism turns quickly into outright horror when Greyboar’s philosophical preoccupation leads to one disaster after another …simple choke jobs turn into ethical quandaries…a bizarre artist and a deadly arms-master turn up to complicate their lives…as if their new girlfriends haven’t complicated them enough!

Before you know it, Greyboar the strangler and his disgruntled manager find themselves embroiled with an abbess at odds with her deity, heretics on the run, dwarves needing to be rescued, and then — the worst of all!