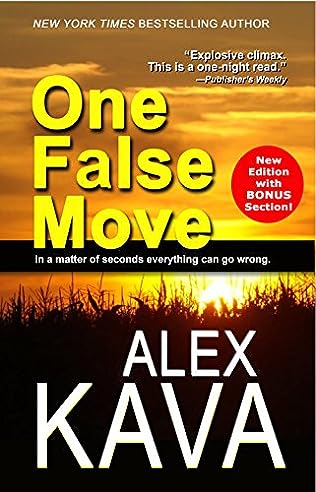 One fatal mistake, and there’s no turning back.

Melanie Starks and her seventeen-year-old son, Charlie, have been running one con job or another for as long as she can remember. Worried that Charlie is starting to enjoy it, Melanie is ready to start over. Then her brother, Jared, reappears in her life.

Released on a technicality, Jared Barnett is just out of prison and feeling invincible. He has the perfect plan to rob a local bank, but he needs Melanie and Charlie’s help. Feeling she owes her brother, Melanie agrees.

Within seconds, shots are fired. Jared and Charlie race out of the bank with no money, leaving four people dead. When they refuse to tell Melanie what happened in those few desperate moments, she realizes her brother and her son have formed a silent bond.

Melanie and Charlie agree to Jared’s plot to rob a local Nebraska bank, but during the hold up, everything goes terribly wrong and innocent people end up dead. Suddenly Melanie, Charlie and Jared are on the run, and more lives are at stake–now that the three have nothing left to lose.

Now they’re on the run, and there’s nothing to lose.