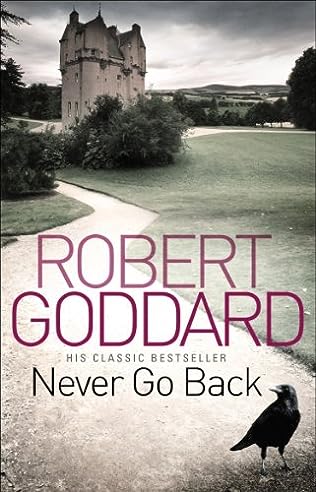 In the spellbinding new mystery by the master of “the clever twist,” a group of ex-RAF comrades journey to a Scottish castle for a reunion. But by the time they reach their destination, two of them are dead.

Harry Barnett is leading a contented life in Vancouver with his wife and daughter when he is brought back to England by the death of his mother. He intends to spend just a few days sorting out her affairs when a chance meeting he will regret for the rest of his life makes him change his plans. Two old acquaintances from his National Service days track Harry down to his mother’s house — the last address they had for him. A lavish reunion has been organized to mark the fiftieth anniversary of their RAF days. Harry decides to go.

During the war, Harry and his fellow RAF conscripts spent three months in a Scottish castle where they acted as guinea pigs in a psychological experiment. The reunion is to take place in the same castle. It will be a chance to see friends, settle old scores and lay a few ghosts to rest.

The party begins on the train up to Aberdeen, until the apparent suicide of one of their number shatters the holiday atmosphere. Their arrival in Scotland seems under a cloud, and when another comrade dies soon after their arrival, Harry is gripped by a sense of foreboding. As well, the recollections of the old comrades of their time in the castle are frighteningly different, and unexplained events from 1955 still haunt them. As Harry tries to solve the mystery of what really happened fifty years ago, he uncovers an extraordinary secret that convinces him he will never leave the castle alive.