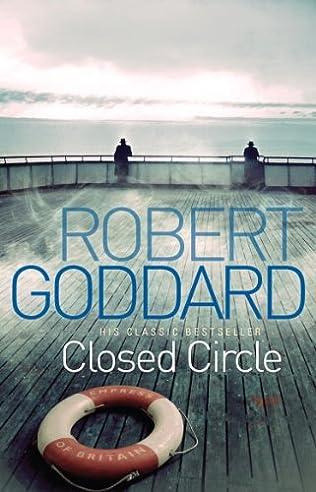 A spellbinding tale of love, murder, and betrayal, this is the story of two English scam artists, Guy Horton and Max Wingate, and their plan to con the beautiful daughter of a wealthy munitions dealer.

1931. The new, luxurious transatlantic liner Empress of Britain is on her eastward passage. Among the first-class passengers on board are two English confidence tricksters, making a discreet exit from a scam they have left behind them in the United States. A chance meting on deck brings them a tempting new target in the shape of the beautiful and wealthy heiress, Diana Charnwood.

It’s a trick they’ve pulled before, with some success. Charm the daughter into an engagement to marry, then get the father to buy you off. So confident are they of success, in fact, that they make a pact: whichever of them wins Diana Charnwood’s love will share his fortune with the other.

But a violent death is to interrupt their neat little scheme. And they find themselves stumbling into something much darker than either had suspected…