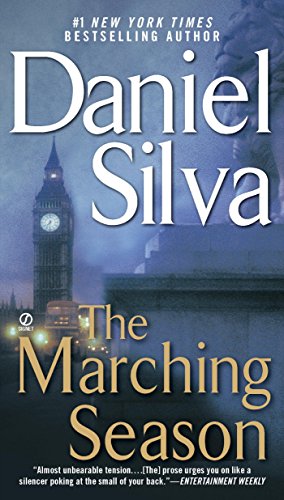 The hero of The Mark of the Assassin returns to the CIA to battle his deadly nemesis. When officer Michael Osbourne uncovers a dark plan targeting his father-in-law, the American ambassador to London, for execution, a deadly chain of events thrusts him back into the sights of the most merciless assassin the world has ever known.

When the Good Friday peace accords are shattered by three savage acts of terrorism, Northern Ireland is blown back into the depths of conflict. And after his father-in-law is nominated to become the new American ambassador to London, retired CIA agent Michael Osbourne is drawn back into the game.

He soon discovers that his father-in-law is marked for execution. And that he himself is once again in the crosshairs of a killer known as October, one of the most merciless assassins the world has ever known…