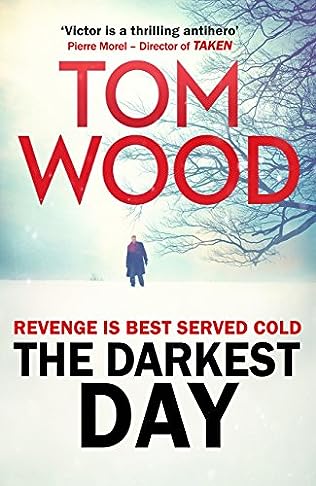 She moves like a shadow; she kills silently: Raven. This elegant assassin has been on the run for years. This time though, she has picked the wrong target.

While carrying out a hit on a terrorist financier, Victor finds himself the target of an assassin who proves to be just as deadly as he is. Never one to let such a thing go, Victor sets about hunting down his attacker and those who sent her. She is Raven—a freelance assassin with a dark past and hidden agenda. If Victor wants to stay alive he must find out who Raven really is and what she is truly after.

The hitman known only as ‘Victor’ is as paranoid as he is merciless, and is no stranger to being hunted. He tracks his would-be killer across the globe to, aiming not only to neutralise the threat, but to discover who wants him dead. The trail leads to New York…

And then the lights go out.

Over twelve hours of unremitting darkness, Manhattan dissolves into chaos. Amid looting, conspiracy and blackout, Victor and Raven play a vicious game of cat and mouse that the city will never forget.