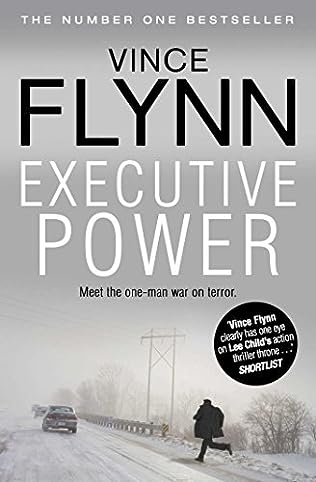 CIA superagent Mitch Rapp battles global terrorism in a high-octane follow-up to The New York Times bestselling Separation of Power — another chillingly authentic adventure from the master of the political thriller. Mitch Rapp’s cover has been blown. After leading a team of commandos deep into Iraq to prevent Saddam Hussein from joining the nuclear arms race, he was publicly hailed by the president as the single most important person in the fight against terrorism.

But after years of working covertly behind the scenes, Rapp now lives in the glare of the public spotlight, lauded by the nation and an easy target for virtually every terrorist from Jakarta to London.

As special advisor on counterterrorism to CIA director Dr. Irene Kennedy, Rapp is ready to fight the war on terrorism from CIA headquarters rather than the front line. That is, until a platoon of Navy SEALs, sent to the Philippines to save an American family kidnapped by radical Islamic terrorists, is caught in a deadly ambush. The mission had been top secret — so who told the enemy? All evidence points to the State Department and the Philippine embassy. But a greater threat still lurks. An unknown assassin working closely with the highest powers in the Middle East is bent on igniting war. Now, with the world watching his every move, will Rapp be able to overcome this anonymous foe and once again keep the flames of war from raging?

Transporting us into an intriguing geopolitical puzzle full of deadly motives, covert operatives, and all the true-to-life insider detail we’ve come to expect from Vince Flynn, “Executive Power” is a high-flying story that delivers shattering suspense with the velocity of a 9mm bullet.