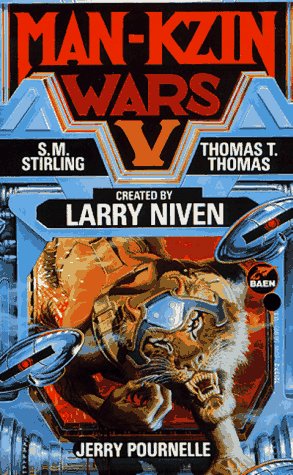 Between wars, an odd assortment of human and Kzin characters search for a hidden treasure — which is not what it seems. Elsewhere, Kzin and humans seek a weapon too horrible to use…

A Kzin’s instinctively combative responses make for poor diplomatic relations between species. But now that their “first you scream and then you leap” approach to interstellar relations have lead to three straight losses to the hairless hominidae of Sol III, there has begun to arise in the Kzinti consciousness the faintest glimmering that there may be a Better Way.

And in the resulting calm between wars, humans and Kzin are beginning to collaborate.

Now the universe really has something to worry about.