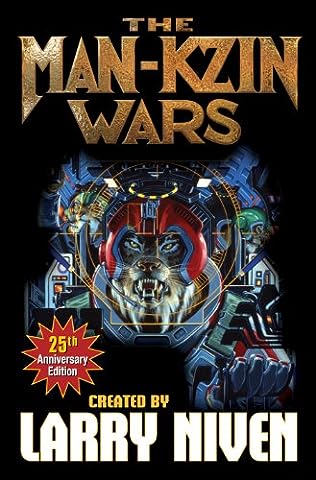 Once upon a time, in the earliest days of interplanetary exploration, an unarmed human vessel was set upon by a warship from the planet Kzin. But the Kzinti learned the hard way that the reason humanity had given up war was that they were so very, very good at it. Thus began the Man-Kzin Wars.

The kzin, formerly invincible conquerors of all they encountered, had a hard time dealing with their ignominious defeat by the leaf‑eating humans. Some secretly hatched schemes for a rematch, others concentrated on gathering power within the kzin hierarchy, and some shamefully cooperated with the contemptible humans, though often for hidden motives.