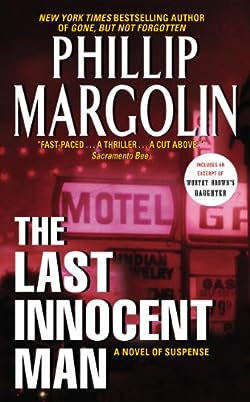 The papers call him Ice Man. David Nash, defense attorney–cool, unruffled, practically unbeatable in the courtroom. But what is the cost of each victory, each rapist or murderer set free, to society and to Nash’s soul? Then comes a case that may be Nash’s redemption. But as the case moves toward trial, new fears grip Nash. From the author of Gone, But Not Forgotten.

Defense attorney David Nash has made a career out of setting monsters free — and no one does it better. Now a case has come to “The Ice Man” that could help cleanse Nash of the guilt and doubts that torment him: that rarest of all defendants, an innocent man.

A fellow lawyer has been accused of a heinous crime — the brutal murder of an undercover vice cop. But the case that is supposed to be Nash’s redemption could prove to be his downfall, dragging him into a dark and sinister world where lies and the truth are interchangeable; where the manipulator becomes the manipulated; and where every answer spawns more complex and terrifying questions. And as the shadows close in around him, the final question that remains for David Nash concerns his own fate: life … or death?