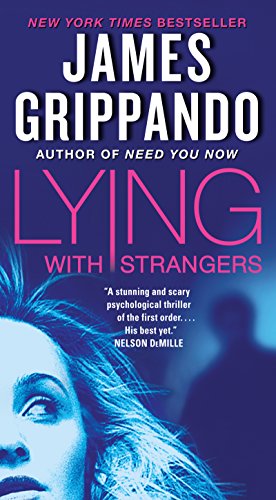 Bestselling author James Grippando is back with a gripping stand-alone thriller. Intent to Kill electrifies from the first inning on—as a fallen baseball star-turned-sports radio “shock jock” tries to expose a conspiracy and outwit a killer. Crackling with Grippando’s trademark suspense, ingenious plotting, and unforgettable characters, Intent to Kill is a grand slam from the author Nelson DeMille calls, “A very intense and ingenious storyteller.”

Ryan James’s promising baseball career was derailed before it even got started when a hit-and-run driver killed his wife Chelsea, leaving Ryan alone to care for their beautiful little girl. Now, three years later, he’s a popular sports radio host in Boston, still haunted by a tragic crime that was never solved. But on the anniversary of Chelsea’s death, Ryan receives a chilling message from an anonymous tipster: “I know who did it.”

The shocking revelation may have come from Chelsea’s brother, Babes, a young man suffering from an autism-related disorder, and it sets Ryan on a twisted path toward a shattering truth. Suddenly what really happened that awful night threatens to irreparably alter the lives of Ryan and Babes, and dedicated prosecutor Emma Carlisle, if they can survive the wrath of the powerful . . . and the deadly.