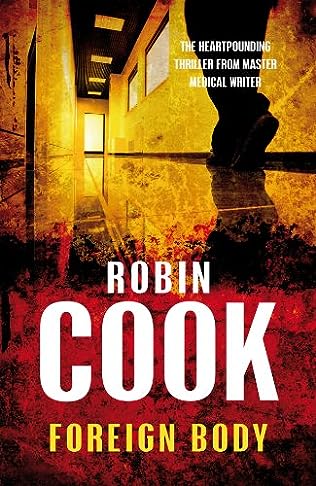 Jennifer Hernandez is a fourth-year medical student at UCLA, just completing an elective in general surgery, whose world is shattered during a break in an otherwise ordinary day. While relaxing in the surgical lounge of L.A.’s Cedars-Sinai Medical Center, she half-listens to a piece on medical tourism, where first-world citizens travel to third-world countries for surgery. But when she hears her beloved grandmother’s name mentioned, her own heart nearly stops: the CNN reporter says Maria Suarez-Hernandez had died, a day after undergoing a hip replacement in New Delhi’s Queen Victoria Hospital.

Maria had raised Jennifer and her brothers from infancy, and their bond was unshakable. Still, the news that Maria had traveled to India was a shock to Jennifer, until she realized that it was the only viable option for the hardworking yet uninsured woman.

Devastated, and desperate for answers, Jennifer takes emergency leave from school and heads to India, where relations with local officials go from sympathetic to sour as she presses for more information. With the discovery of other unexplained deaths followed by hasty cremations, Jennifer reaches out to her mentor, New York City medical examiner Dr. Laurie Montgomery, who has her own deep connection to Maria.

Laurie, along with her husband, Dr. Jack Stapleton, rushes to the younger woman’s side, discovering a sophisticated medical facility with little margin for error. As the death count grows, so do the questions, leading Laurie and Jennifer to unveil a sinister, multilayered conspiracy of global proportions.