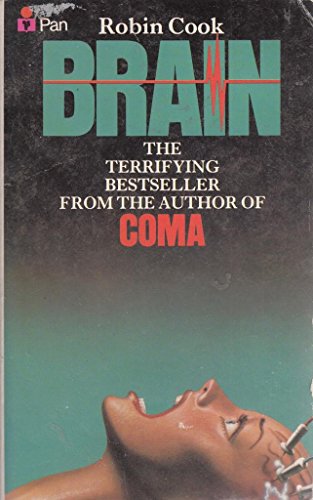 Two doctors suspect something is very wrong at the enormous medical center where they work. And soon they will put their careers–and their lives–in deadly jeopardy, as they penetrate the eerie inner sanctums of a medical world gone mad.

Martin Philips, brilliant neurology researcher, and Denise, his beautiful collaborator, investigate the strange death of several women. Is it a mysterious variety of multiple exclerosis? Why do you find radioactive material in some of the brain cells? As the investigation progresses, Martin and Denise unveil a terrible secret.

Both of them suspected that something was wrong–terribly wrong–in the great medical research center where they worked. Both of them wondered why a beautiful young woman had died on the operating table and her brain secretly removed.

Both of them found it impossible to explain the rash of female patients exhibiting bizarre mental breakdowns and shocking behavior. Both of them were placing their careers and very lives in deadly jeopardy as they penetrated the eerie inner sanctums of a medical world gone mad with technological power and the lust for more…