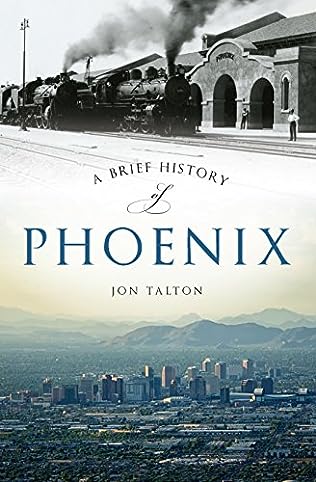 Though the new metropolis is one of America’s largest, many are unaware of Phoenix’s rich and compelling history.

Built on land once occupied by the most advanced pre-Columbian irrigation society, Phoenix overcame its hostile desert surroundings to become a thriving agricultural center. After World War II, its population exploded with the mid-century mass migration to the Sun Belt.

In times of rapid expansion or decline, Phoenicians proved themselves to be adaptable and optimistic. Phoenix’s past is an engaging and surprising story of audacity, vision, greed and a never-ending fight to secure its future.

Chronicling the challenges of growth and change, fourth-generation Arizonan Jon Talton tells the story of the city that remains one of American civilization’s great accomplishments.