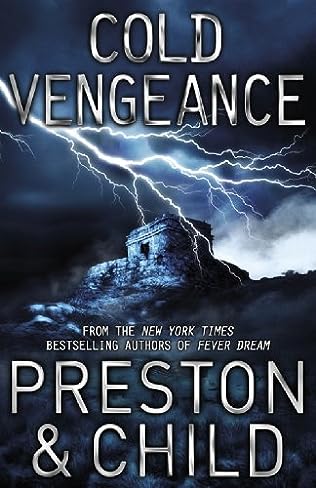 by Douglas Preston and Lincoln Child (2011)

In this latest installment in the series, FBI Agent Pendergast is angry. Not just angry… he is really, really angry. And he is out for justice, with a shot of revenge.

Devastated by the discovery that his wife, Helen, was murdered, Special Agent Pendergast must have retribution.

But revenge is not simple. As he stalks his wife’s betrayers– a chase that takes him from the wild moors of Scotland to the bustling streets of New York and the darkest bayous of Louisiana– he is also forced to dig further into Helen’s past. And he is stunned to learn that Helen may have been a collaborator in her own murder.

Peeling back the layers of deception, Pendergast realizes that the conspiracy is deeper, goes back generations, and is more monstrous than he could have ever imagined– and everything he’s believed, everythong he’s trusted, everything he’s understood . . . may be a horrific lie.