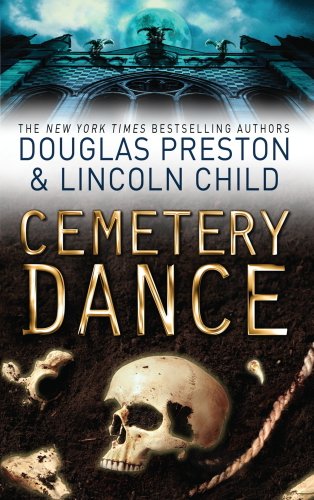 Book 9 in the Agent Pendergast series

by Douglas Preston and Lincoln Child (2009)

William Smithback Jr., a prominent New York Times reporter, was killed in a brutal attack in his Upper West Side apartment. His wife, Nora Kelly, an archeologist at the Museum of Natural History, was injured as well. Multiple eyewitness identified the assailant as a neighbor n the building, Colin Fearing: a man who, by all reports, dead and buried ten days ago.

While Captain Laura Hayward leads the official investigation, Pendergast and Lieutenant Vincent D’Agosta undertake their own private-and decidedly unorthodox-quest for the truth. Their serpentine journey takes them to an enclave of Manhattan they never imagined could exist: a secretive, reclusive cult of Obeah and voodoo which no outsiders have ever survived.