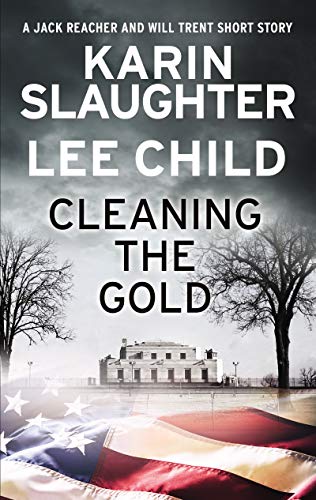 by Lee Child and Karin Slaughter

Short novella in the Jack Reacher and Will Trent series (May 9, 2019)

A short story featuring Karin Slaughter’s special agent Will Trent with Jack Reacher as they discover they’re on the trail of the same criminal ring working inside the heart of the military complex. Available in ebook, audio, and paperback.

Jack Reacher and Will Trent. Twice the action. Twice the drama. Double the trouble.

Will Trent is undercover at Fort Knox. His assignment: to investigate a twenty-two-year-old murder. His suspect’s name: Jack Reacher.

Jack Reacher is in Fort Knox on his own mission: to bring down a dangerous criminal ring operating at the heart of America’s military. Except now Will Trent is on the scene.

But there’s a bigger conspiracy at play – one that neither the special agent nor the ex-military cop could have anticipated. And the only option is for Jack Reacher and Will Trent to team up and play nicely. If they can…