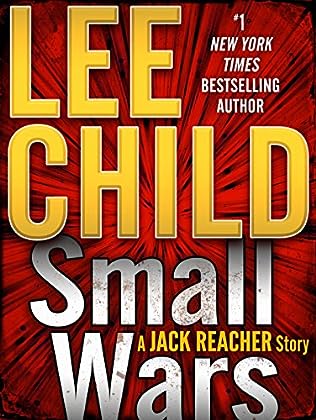 In this eBook exclusive short story, #1 New York Times bestselling author Lee Child goes back to 1989, when Jack Reacher is an MP assigned to solve the cold-blooded murder of a young officer—whose killer may be closer to Reacher than he suspects.

A young lieutenant colonel, in a stylish handmade uniform, roars through the damp woods of Georgia in her new silver Porsche – until she meets a very tall soldier with a broken-down car.

What could connect a cold-blooded off-post shooting with Reacher, his elder brother Joe, and a secretive unit of pointy-heads from the Pentagon?

The telex is brief and to the point: One active-duty personnel found shot to death ten miles north of Fort Smith. Circumstances unknown.Found in a silver Porsche along an isolated forest road in Georgia, the victim was shot twice in the chest and once in the head. A professional hit. Clean.

The crime scene suggests an ambush. Military police officer Jack Reacher is given the case. He calls his older brother, Colonel Joe Reacher, at the Pentagon for intel and taps Sergeant Frances Neagley to help him answer the big question: Who would kill a brilliant officer on the fast-track to greatness? For Jack Reacher, the answer hits home.