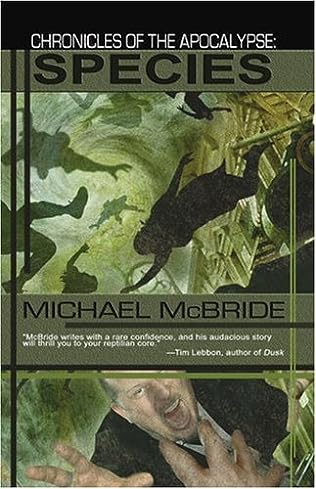 On Any Given Day The End May Come

In the final days, humanity faced its last hour of existence. With a whimper, they passed from this life and into something inhuman. But all species are difficult to extinguish, and in humankind, there were seven imperfect souls selected for survival. But what seemed a blessing was a nightmare. And the dead are unforgiving.

A catastrophic event forces humanity to the brink of survival. From the cold depths of space, something unexpected arrives. Something impossible. Something insidious. The only warning is written in fossils, a message so vast that it is overlooked.

Some alien life forms invaded and turn almost all of humanity into horror zombies, which are now previous humans with an ability to grow strange body parts.

Death came from above in a cataclysmic rain of fire, wiping all life from the face of the earth… save for the chosen, the few possessing a genetic mutation allowing them to survive the atmospheric changes that exterminated their race, changes conducive to a colonial extraterrestrial organism capable of reanimating the dead. Having narrowly escaped the rising of the new order of humanity, the ragged survivors flee into the mountains beneath a ferocious blizzard that refuses to relent.

Their sanctuary is fleeting, as the creatures mercilessly track them down, metamorphosing into something even more vile and deadly. Now the lone way to escape the onslaught is to learn how to think like them, to be like them… to become them. Only then will mankind’s last hope be able to find their weaknesses and prepare for the ultimate battle, the outcome of which will determine no less than the fate of our race.

Who will survive the evolution of the species?

This book includes both book #1 and book #2 in the Species series, in a new edition. The second book is called The Hive, but can not be purchased alone.