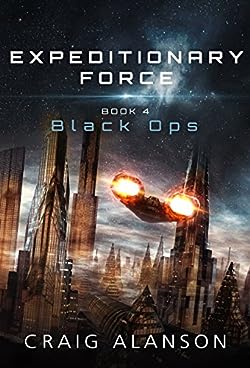 Book 4 in the Expeditionary Force series (2017)

The elite crew of the pirate ship UNS Flying Dutchman had a simple mission: determining whether the Thuranin are sending another starship to Earth. Along the way, they became sidetracked by securing a future for the UNEF troops on the planet Paradise. When asked whether Earth was now safe, their ancient alien AI responded ‘Not so much’… now they have to deal with the consequences.