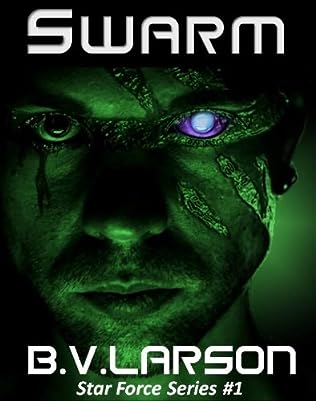 Kyle Riggs is snatched by an alien spacecraft sometime after midnight. The ship is testing everyone it catches and murdering the weak. The good news is that Kyle keeps passing tests and staying alive. The bad news is the aliens who sent this ship are the nicest ones out there…

SWARM is the story of Earth’s annexation by an alien empire. Long considered a primitive people on a backwater planet, humanity finds itself in the middle of a war and faced with extinction. SWARM is an 88,000 word novel of science fiction by award-winning author B. V. Larson.

This book is the first book in the STAR FORCE Series.