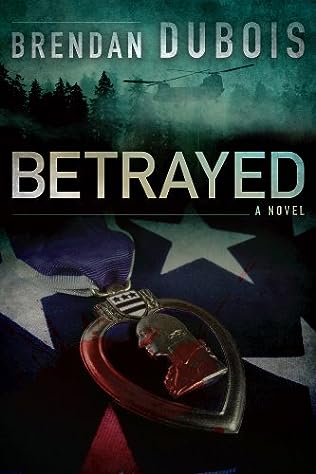 Jason Harper was twelve when his brother was reported missing in action in Vietnam. He considered his brother dead, but thirty years later a knock on the door heralded the arrival of his long-lost brother and the beginning of a terrifying journey of revenge.

For nearly three decades, the fate of 2,000 american servicemen, missing in action in Vietnam, has remained a mystery. Now, with the ring of a doorbell, the mystery of some is about to be solved.

Smalltown newspaper editor Jason Harper answers his door in the middle of the night to see an oder man, shabbily dressed, with gray hair and a beard. And in a split second, Jason’s life turns upside down. The man claims to be Jason’s older brother Roy,  who was shot down over North Vietnam in 1972.

Jason’s joy at reuniting with his brother is quickly tempered as ruthless killers begin pursuing his family and friends, and as his faith in the man’s claims threatens to tear his family apart — even if they do all make it out alive. Author Brendan DuBois pulls readers along for a harrowing ride on a deadly mission to reveal the truth.