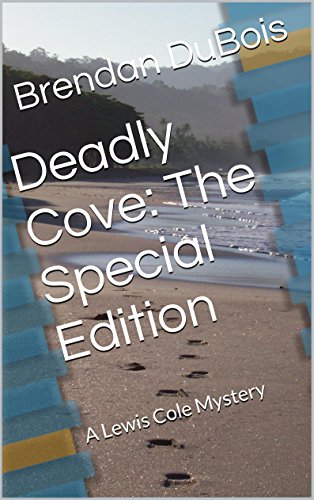 In Deadly Cove, the seventh novel in the Lewis Cole mystery series, magazine columnist and former Department of Defense research analyst Lewis Cole is covering an anti-nuclear protest when gunfire breaks out, injuring his journalist friend and killing a charismatic activist.

Not content to let the professionals investigate this shooting, Cole begins to dig into the background of the murdered activist, as well as the anti-nuclear protesters who are gathering by the thousands on the New Hampshire seacoast, promising violent action in order to take over a nuclear power plant and halt its power production. But someone is also gunning after Cole, obstructing his investigation and making attempts on his life, as his inquiries bring him to question construction union members who favor nuclear power and the protesters who oppose it.

In a time of economic uncertainty, when Cole’s own future is threatened, he presses ahead to solve this murder while also trying to protect the women who are closest to him.