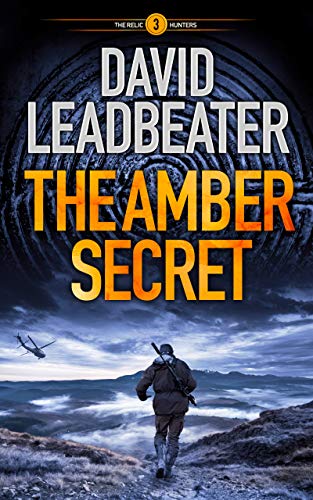 A vanished relic. A deadly prize.

After a disastrous failure in the previous book in the series, Brodie and his group of treasure hunters are kidnapped by bad guys to help them find the famous Amber Room.

The half-mad explorer Dante Caruso swears he’s found a fabled Russian relic called the Amber Room, and he’s attracting the wrong kind of attention. A ruthless team of Ukrainian relic hunters called R24 has kidnapped him and his family; they want to know where the Amber Room is—and they’ll spill blood to find it. Meanwhile, they wonder if their guide is taking them on a wild goose chase.

Nobody knows treasure hunting like Guy Bodie and his crew. But abduction is the last thing they expect. The R24 forces Guy, his treasure hunters, and Caruso at gunpoint to traverse the vast, unforgiving Tatra Mountains and find the Amber Room. If they fail, the R24 will end them. And if they run, the hunters will become the hunted.

Armed only with Caruso’s dubious instructions, Guy and his crew must find the Amber Room at all costs. Will they solve the deadly mystery of this long-lost relic, or will they die trying?