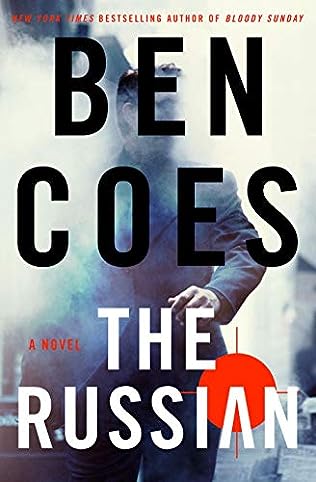 As the brutal Russian mafia becomes the most powerful and deadly criminal enterprise in the country, the U.S. has a new hero, Rob Tacoma, in New York Times bestseller Ben Coes’s new series.

After the break-up of the Soviet Union, some of the most hardened and capable criminals came to the United States. Over the past two decades, they have created a vicious and fearless underworld, breathtaking in its violence, disturbing in its efficiency, and destructive to society at large. With conventional law enforcement methods unable to stem the tide, the President issues top secret Executive Order 12-4b3 creating a small, deadly team to take on this fight behind the scenes—a kill team.

The head of the CIA’s Special Operations Group, Bo Coll, is picked to head this group and he, in turn, asks Rob Tacoma to be his deputy. Rob Tacoma—former Navy SEAL and former CIA agent—has a special reason to agree. Tacoma was raised by his grandparents after his own parents were killed by the Russian mafia. But before Tacoma can even start, Bo Coll is found murdered in his own home, as a warning from the Russian mafia itself. Now Tacoma is in charge of the team and they have their first mission, to achieve the near impossible: find and neutralize the mob boss behind Bo Coll’s death. To do so means taking on practically an army in a battle where there are no rules and no limits.

Branching off from his bestselling Dewey Andreas novels, this is the first in a brand new series from thriller writer Ben Coes