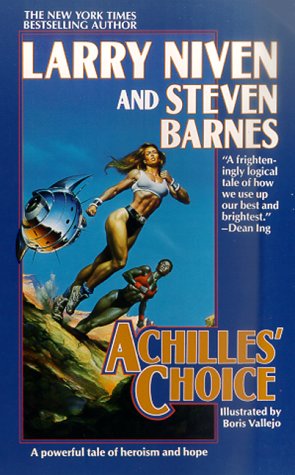 Jillian Shomer had won the right to compete in the Eleventh Olympiad. She and her competitors were the best and brightest, three thousand of the finest minds and bodies that had ever strode the planet.

Yet within a few short years, ninety-eight percent of them would be dead. Only a handful would survive to take their place among Earth’s ruling elite.

The rulers of the 21st century had created a nearly perfect system of government: A world free from war, disease, and want, dominated by global corporations, managed by omniscient artificial intelligences.

And they’d created a nearly perfect system for selecting its future leaders: A new kind of Olympics that tested the mind as well as the body.

To win this coveted prize, the athletes used the most advanced technique available to medicine: The Boost, an operation that conveyed brilliant intellect and superhuman strength—at a terrible price…