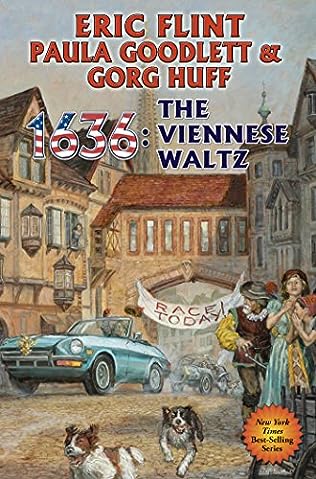 After carving a free state for itself in war-torn 17th century Europe, citizens of the modern town of Grantville, West Virginia contend with aristocratic forces determined to keep their grip on power whatever it takes.

When Grantville, West Virginia was transported back to the year 1631 –in the middle of the Thirty Years’ War, no less — many things happened. Many opportunities arose. It’s said that a rising tide lifts all boats. Perhaps not quite as high as the Barbie Consortium rose, however.

A cabal of ten-to-twelve-year-old girls?

They aren’t twelve anymore. And they gave up playing with dolls some years ago when they sold them all and started an investment consortium. A consortium that did quite well.

The Barbie Consortium hits Vienna. In several different ways. The princes and princesses, dukes and duchesses, the common men and women on the street have no idea what’s about to happen. Neither do the girls, but they’re determined it’ll happen their way.