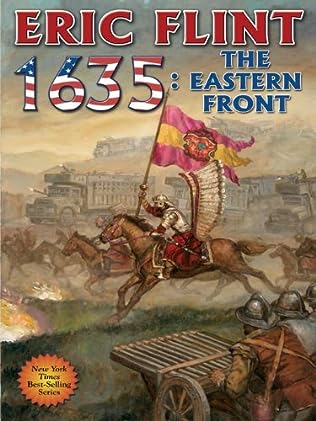 1635: the Thirty Years War continues to ravage Europe. In the new nation of the United States of Europe, Gustavus Adolphus, King of Sweden, continues to lead, along with the West Virginians who were hurled back in time from the 20th century by a mysterious cosmic accident. The former leader of the time-lost Americans, Mike Stearns, has lost an election and is no longer Prime Minister of the USE – but Gustavus has made him a general in the USE Army. With the ink barely dry on his commission, he’ll be one of the commanders carrying the war to Brandenburg and Saxony.

But there are other conflicts. Unrest and rebellion begin to unfold in the Germanies as the new prime minister attempts to roll back the reforms instituted by Stearns. Gustavus Adolphus’s ambitions in the east threaten to bring Poland and Austria into the war.

Europe is a storehouse of high explosives, and nobody is sure how many fuses are already lit. Can Mike Stearns stop the conflagration or channel its power to his own ends? And if he does – will he get burned?