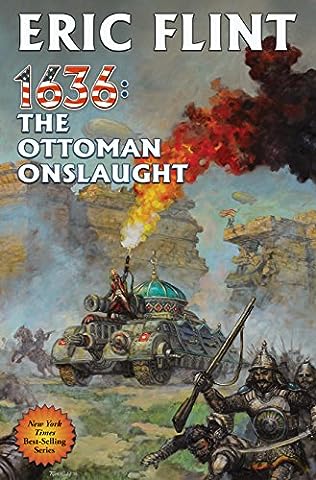 The modern West Virginia town of Grantville has been displaced in time to continental Europe in 1632. Now four years have passed. The long-feared attack on Austria by the Ottoman Empire has begun. Armed with new weapons inspired by the time-displaced Americans of Grantville, the Turks are determined to do what they were unable to do in the universe the Americans came from: capture Vienna.

The Ottomans have the advantage of being able to study the failings and errors of their own campaigns in a future they can now avoid. They are led by the young, dynamic, and ruthless Murad IV, the most capable emperor the Ottomans have produced in a century. They are equipped with weapons that would have seemed fantastical to the Turks of that other universe: airships, breech-loading rifles, rockets—even primitive tanks.

And this time they won’t have to face massive reinforcements from Austria’s allies. In fact, the only force Emperor Gustav Adolf can think of sending to Austria is the United States of Europe Third Division under the command of Mike Stearns. It’s an army currently engaged in a desperate struggle for Bavaria.

The emperors of the USE and Austria share the same problem. They have one too many enemies, one too few allies, and only one general to cover the gaps. Fortunately, that general is Mike Stearns, also known as the Prince of Germany.