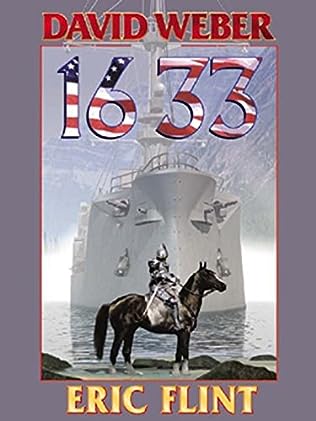 The new government in central Europe, called the Confederated Principalities of Europe, was formed by an alliance between Gustavus Adolphus, King of Sweden, and the West Virginians led by Mike Stearns who were transplanted into 17th-century Germany by a mysterious cosmic accident. The new regime is shaky. Outside its borders, the Thirty Years War continues to rage. Within, it is beset by financial crisis as well as the political and social tensions between the democratic ideals of the 20th-century Americans and the aristocracy which continues to rule the roost in the CPE as everywhere in Europe.

Worst of all, the CPE has aroused the implacable hostility of Cardinal Richelieu, the effective ruler of France. Richelieu has created the League of Ostend in order to strike at the weakest link in the CPE’s armor—its dependence on the Baltic as the lifeline between Gustav Adolf’s Sweden and the rest of his realm.

The greatest naval war in European history is about to erupt. Like it or not, Gustavus Adolphus will have to rely on Mike Stearns and the technical wizardry of his obstreperous Americans to save the King of Sweden from ruin.

Caught in the conflagration are two American diplomatic missions abroad: Rebecca Stearns’ mission to France and Holland, and the embassy which Mike Stearns sent to King Charles of England headed by his sister Rita and Melissa Mailey. Rebecca finds herself trapped in war-torn Amsterdam; Rita and Melissa, imprisoned in the Tower of London.

And much as Mike wants to transport 20th-century values into war-torn 17th-century Europe by Sweet Reason, still he finds comfort in the fact that Julie, who once trained to be an Olympic marksman, still has her rifle . . .