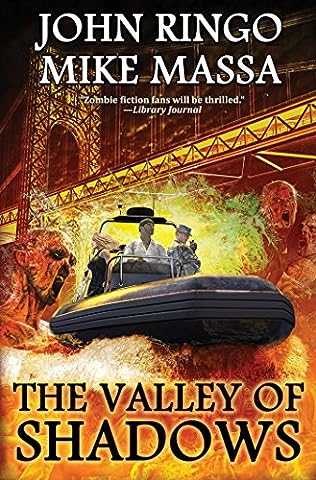 by John Ringo and Mike Massa

Officially, Smith was paid to preserve the lives and fortunes of employees, billionaires, and other clients. And with an implacable virus that turned the infected into ravenous zombies tearing through the city, the country, and the world, his job just got a lot harder.

Good thing Smith, late of the Australian special forces, isn’t a man to give up easily. But saving civilization is going to take more than the traditional banking toolbox of lawyers, guns, and money. Smith needs infected human spinal tissue to formulate a vaccine—and he needs it by the truckload. To get it, he will have to forge a shady alliance with both the politicians of the City of New York and some of its less savory entrepreneurs.

But all of his back-alley dealing may amount to nothing if he can’t stave off the fast-moving disease as it sweeps across the planet, leaving billions dead in its wake. And if he fails, his only fallback is an incomplete plan to move enough personnel to safe havens and prepare to restart civilization.

What’s more, there are others who have similar plans—and believe it or not, they’re even less charitable than a Wall Street investment banker. Sooner or later Smith will have to deal with them.

But first he has to survive the Fall.