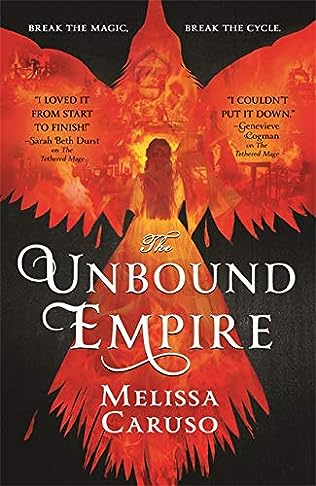 The final volume of the Gemmell Morningstar Award-shortlisted Swords and Fire fantasy trilogy, in which political scion Amalia and her bound fire warlock Zaira must save the Empire from a ruthless, magical enemy. Perfect for fans of Tamora Pierce, The Queen of the Tearling, and Uprooted.

While winter snows keep the Witch Lord Ruven’s invading armies at bay, Lady Amalia Cornaro and the fire warlock Zaira attempt to change the fate of mages in the Raverran Empire forever, earning the enmity of those in power who will do anything to keep all magic under tight imperial control.

But in the season of the Serene City’s great masquerade, Ruven executes a devastating surprise strike at the heart of the Empire – and at everything Amalia holds most dear.

To stand a chance of defeating Ruven, Amalia and Zaira must face their worst nightmares, expose their deepest secrets, and unleash Zaira’s most devastating fire.

The Unbound Empire is the last book in the lush, captivating Swords and Fire series.