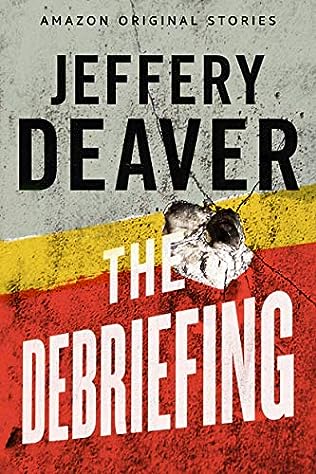 International bestselling author Jeffery Deaver explores the borderline between lies and loyalty in a story of a brotherhood on the brink.

In the wake of a disastrous firefight with a Mexican cartel, two El Paso police officers find themselves in a military hospital facing a debriefing about what went wrong. As their accounts unfold, Tony, a by-the-book cop, begins to believe that hotheaded Matt might have divided loyalties. Could he have intentionally led the team into a trap that saw the death of a beloved senior officer? Or is the truth even more terrifying than Tony dares to imagine?

The Debriefing is a case in point. A combined Police / DEA raid goes wrong just inside Mexico where he drug cartels prosper. El Paso PD acted on a tip off and when long-standing detective Tony Wright hears about it he feels obliged to head out and offer support. The story focuses on two brothers, both detectives for the El Paso Police Department working to take down part of a Mexican drug cartel. Things go fast fast, starting the short but enjoyable adventure. Other that the rough language (military cursing), the rest of the storytelling caught my interest quickly.