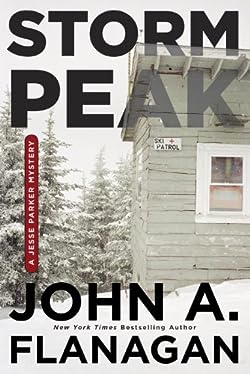 The start of a new crime mystery series by the author of the popular fantasy series, John Flanagan, this time writing under John A. Flanagan.

When ex-Denver cop, Jesse Parker, returns home to Steamboat Springs, Colorado for the winter to work as a ski patrol, all he wants is to forget his past. Someone, however, has other plans for him.

When a skier is found brutally murdered on the premises,  Sheriff Lee Torrens asks Jesse for his help with the case. Now Jesse finds himself unwillingly dragged back into a world of violence and death, which he was trying to leave behind.

As Jesse and Lee work together, the memories of what they felt for each other long ago resurface- even as a madman strikes again and again, leaving no clue or trace as to identity or motive. Because for the killer, there are more important things to do than lead the authorities on…