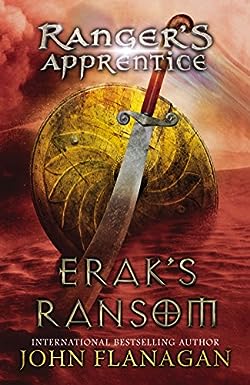 Erak, the Scandinavian leader has been captured and a ransom is asked for his release. And it’s up to the Rangers, including Will, to pay the ransom and free him.

But the desert is like nothing these warriors have seen before. Strangers in a strange land, they are brutalized by sandstorms, beaten by the unrelenting heat, tricked by one tribe that plays by its own rules, and surprisingly befriended by another. Like a desert mirage, nothing is as it seems. Yet one thing is constant: the bravery of the Rangers.