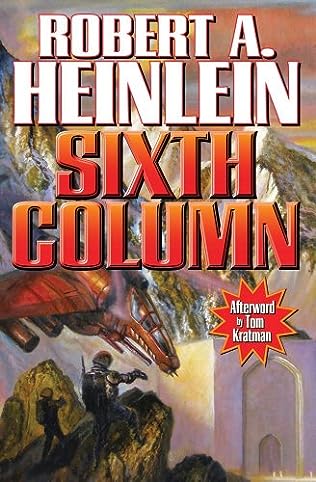 A secret research facility in the Colorado mountains is the US Army’s last outpost after defeat by the PanAsians. The conquerors had absorbed the USSR after being attacked by them & had then absorbed India. They’re ruthless, having crushed a rebellion by killing 150,000 civilians as punishment.

The lab is in turmoil. All but six of the personnel have died due to unknown forces released by an experiment operating within the newly-discovered magneto-gravitic or electro-gravitic spectra. Survivors learn they can selectively kill by releasing the internal pressure of cell membranes. This weapon can kill one race while leaving others unharmed.

They devise more uses for the forces discovered, but how does a handful overthrow an occupation that controls all communications & makes it criminal to print English? Noting the invaders have allowed religious practice to pacify their slaves, they start a church & act as Priests of Mota (atom backwards) to build a resistance movement which Major Ardmore, the protagonist, refers to as the 6th Column–as opposed to a traitorous 5th.