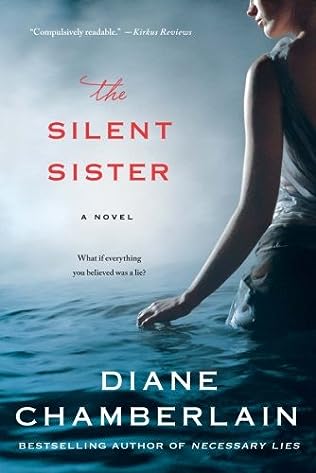 In The Silent Sister, Riley MacPherson has spent her entire life believing that her older sister Lisa committed suicide as a teenager. Now, over twenty years later, her father has passed away and she’s in New Bern, North Carolina cleaning out his house when she finds evidence to the contrary.

Twenty-six year old Heather McPherson has lost everyone who was dear to her. Newly single and very much alone she returns to her ancestral home. Clearing out the family house, Heather discovers an old box of newspaper articles and uncovers a shocking family secret. As she tries to separate truth from fiction, Heather discovers that her life has been built on a foundation of lies told by everyone she loved. But as one cherished memory after another proves to be false, can she find a hidden strength inside herself?

Lisa is alive. Alive and living under a new identity. But why exactly was she on the run all those years ago, and what secrets are being kept now? As Riley works to uncover the truth, her discoveries will put into question everything she thought she knew about her family. Riley must decide what the past means for her present, and what she will do with her newfound reality, in this engrossing New York Times bestselling mystery from Diane Chamberlain.