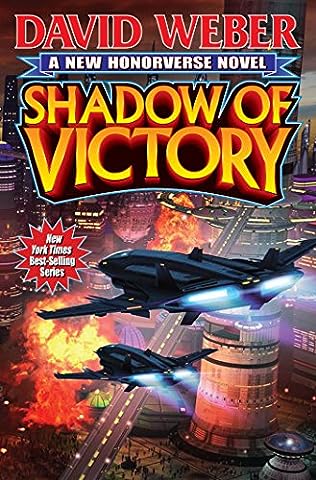 Book in the Honorverse Universe series (2016)

The Mesan Alignment has a plan—one it’s been working on for centuries. A plan to remake the galaxy and genetically improve the human race—its way.

Until recently, things have gone pretty much as scheduled, but then the Alignment hit a minor bump in the road called the Star Empire of Manticore. So the Alignment engineered a war between the Solarian League, the biggest and most formidable interstellar power in human history. To help push things along, the Alignment launched a devastating sneak attack which destroyed the Royal Manticoran Navy’s industrial infrastructure.

And in order to undercut Manticore’s galaxy-wide reputation as a star nation of its word, it launched Operation Janus—a false-flag covert operation to encourage rebellions it knows will fail by promising Manticoran support. The twin purposes are to harden Solarian determination to destroy the Star Empire once and for all, and to devastate the Star Empire’s reputation with the rest of the galaxy.

But even the best laid plans can have unintended consequences, and one of those consequences in this case may just be a new dawn of freedom for oppressed star nations everywhere.