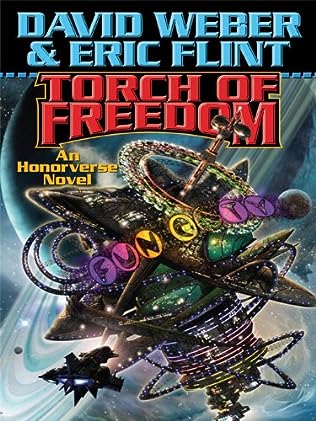 Book in the Honorverse Universe series (2009)

As the slavemasters of Mesa plot against the Star Empire of Manticore and the newly liberated slave planet of Torch, Anton Zilwicki and the notorious Havenite secret agent Victor Cachat set off on a dangerous mission to uncover the truth concerning a wave of mysterious assassinations that have been launched against Manticore and Torch. Most people are sure that the Republic of Haven is behind the assassinations, but Zilwicki and Cachat suspect others of being the guilty party.

Queen Berry of Torch was one of the targets of the unknown assassins. The former head of the Ballroom slave liberation organization, Jeremy X—now one of Torch’s top officials, but still considered by many the most dangerous terrorist in the galaxy—calls in some past favors owed to him. In response, a security officer from Beowulf arrives in Torch to take charge of Queen Berry’s security—a task made doubly difficult by the young monarch’s resentment of bodyguards and the security officer’s own growing attachment to her.

Meanwhile, powerful forces in the Solarian League are maneuvering against each other to gain the upper hand in what they all expect to be an explosive crisis that threatens the very existence of the League itself.