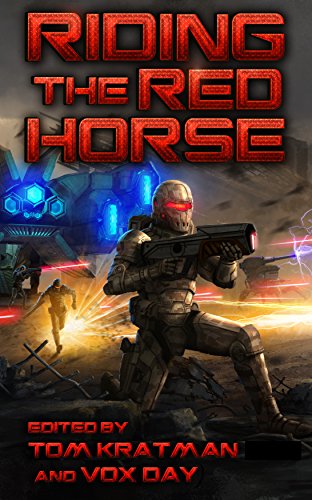 The specter of war once more looms on the global horizon. A new generation of writers and military theorists are addressing the new forms of warfare that now challenge the nation-state’s monopoly on war.

Terrorism, technology, 4th Generation warfare, the decline of the Pax Americana, and the rise of China are among the issues contemplated by the 20 contributors to RIDING THE RED HORSE, the new annual anthology of military science fiction.

RIDING THE RED HORSE is a collection of 24 essays and short stories from technologists, military strategists, military historians, and the leading authors of military science fiction. From the Old Guard to the New, the anthology features some of the keenest minds and bestselling authors writing in the genre today. Three national militaries and three service branches are represented by the contributors, the majority of whom are veterans.