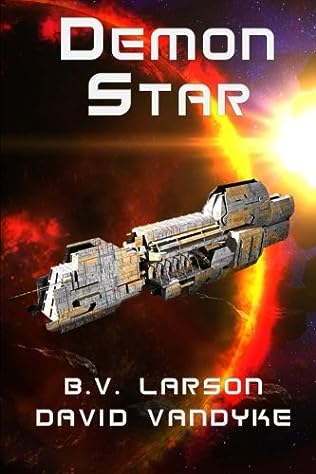 In a triple star system, not all planets are equal. When the DEMON STAR swings closest in her orbit, the Insectoids always invade. They raid the inner worlds with grim regularity, riding hordes of stealthed ships in ever-growing waves. Their mission is to destroy all opposition—alien, human or otherwise.

Cody Riggs, lost among an endless chain of interstellar rings, flies his task force of starships into the middle of an eternal struggle for survival between three civilizations. He takes it upon himself to help the more peaceful worlds, but only manages to bring disaster to all humanity.

DEMON STAR is the twelfth book of the Star Force series, a novel of military science fiction by bestselling authors B. V. Larson and David VanDyke.