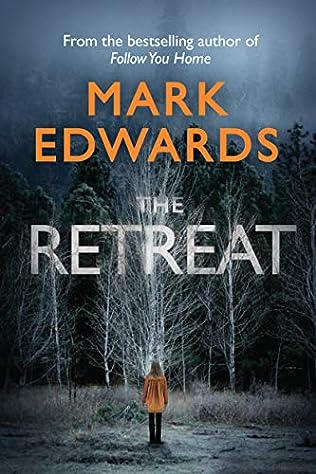 The Retreat by Mark Edwards features Horror novelist Lucas Radcliffe who has a bestseller out, but now he has lost his mojo. To get it back, he goes back to his hometown Beddmarr and joins a retreat, which is basically a house owned by a woman called Julia who has a dark past.

Lucas is hoping that being away from the pressures of a busy city and getting together with other fellow writers at an idyllic place will spark his creativity.

Two years ago, Julia lost her daughter, Lily, and her husband who was trying to save Lily from drowning. Now she is trying to start living again, hence her opening her house to writers.

Some of Lucas’s novels involve the disappearance of children, so when he hears Julia’s story, he becomes really curious. Could it be that there is a book in the making there? Is he finally getting back his inspiration?

He is positively intrigued, especially when he learns that Lily is not the first child to disappear in the history of that area in Wales. There is a folklore tale around the disappearances involving someone called The Red Widow, a witch who needs the sacrifice of a child every 35 years, and Lucas wants to get to the bottom of it all.

But above all, he is becoming more and more involved with Julia, and he wants to help her come to grips with her past.

The story is not especially fast-paced, but it is very descriptive and has a strong spooky atmosphere that keeps you hooked until the last page. The suspense builds up bit by bit, with details being revealed as we move along. The last few chapters unfolded in a way I didn’t see coming. Those were definitely unexpected.

The twists just kept coming, and the eerie setting and atmosphere definitely and interweaved folklore and legends helped there. The book is not horror, although, I have to say, the very last few lines did give me that ending that usually horror books do.

I’ve read several Mark Edwards books until now, and I enjoyed reading them all. However, The Retreat is much darker, more atmospheric, and a much heavier psychological thriller in style. This latest book is probably my favorite by this crime mystery author because I love dark novels with a gothic, bizarre feel to them.

I’ve read this book in one day starting from late afternoon until very late at night. It might not be the book for everyone, but for people like me, it is the perfect way to spend part of my lazy weekend.