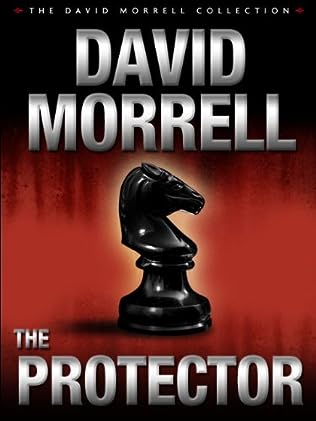 Cavanaugh is a former Delta Force operator who now works for Global Protective Services – a private firm catering to those in the direst of circumstances. They offer security and deliver results. Even if it entails forging official documents and laundering money to create a new untraceable identity, they will safeguard a client from any legitimate threat.

Their latest assignment if Daniel Prescott, a brilliant biochemist hunted by lethal forces determined to learn the secret of a powerful new drug he has created. Terrified, on the run, and out of places to hide, he desperately needs to disappear.
To Cavanaugh and his team, he’s just another routine client. They begin taking the standard steps to make Prescott vanish. But as the plan nears completion, Cavanaugh’s group is wiped out in a brutal attack. And suddenly it’s clear that Prescott has a plan of his own.

Now, as the only survivor of the strike, Cavanaugh goes on the offensive. Driven to avenge his fellow agents, Cavanaugh knows he needs help and finds it from an unlikely source: his wife, Jamie, whom he has always shielded from his dangerous work. Together, the two form a new, unique, and intense bond as Cavanaugh teaches her covert tactics and they prepare for a final, breathtaking showdown with a shadowy mastermind advancing an even more mysterious agenda.