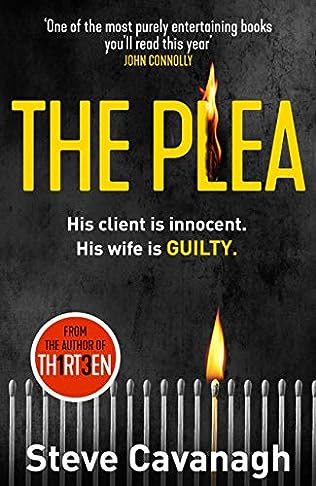 A must-read for fans of Lee Child, John Grisham and Michael Connelly. Combining gripping action and ingenious plotting, THE PLEA is the brilliant new legal thriller from the author of THE DEFENCE.

Fraud. Blackmail. Murder. It’s all in a day’s work for Eddie Flynn.

For years, major New York law firm Harland & Sinton has operated a massive global fraud. The FBI are on to them, but they need witnesses to secure their case. When a major client of the firm, David Child, is arrested for murder, the FBI ask con-artist-turned-lawyer Eddie Flynn to secure Child as his client and force him to testify against the firm.

Eddie’s not a man to be forced into representing a guilty client, but the FBI have incriminating files on Eddie’s wife, Christine, and if Eddie won’t play ball, she’ll pay the price.

When Eddie meets David Child he knows Child is innocent, despite the overwhelming evidence against him. With the FBI putting pressure on him to secure the plea, Eddie must find a way to prove Child’s innocence while keeping his wife out of danger – not just from the FBI, but from the firm itself.