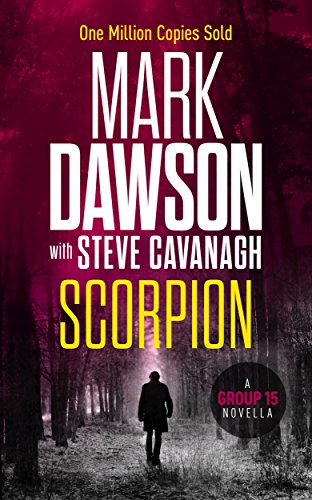 by Mark Dawson and Steve Cavanagh

They call him ‘Scorpion.’ No-one knows his real name and the only people who have seen his face are dead. He works for the highest bidder, and he’s never missed a target.

The assassin appears in London with the name of an investigative reporter on his list. But has Scorpion met his match? The reporter has a protector – John Milton. And Milton might be the only man in the world more dangerous than him.

Mark Dawson’s Group Fifteen Files. Quick, lightning-paced action from the first minute to the last. This is a quick read novella for fans of Dawson’s John Milton. The book one goes back to a time when Milton was still an operative of Group 15. He is on the trail of Scorpion, an assassin for Russia’s SVR. Basically, Scorpion is Milton’s equivalent for the Russian government.