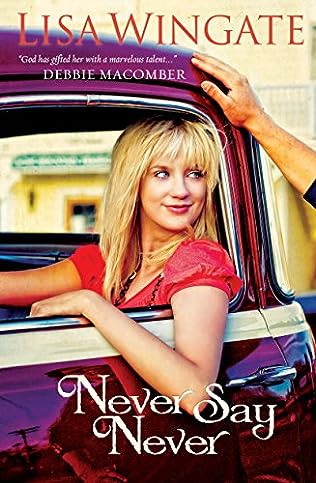 Kai Miller floats through life like driftwood tossed by waves. She’s never put down roots in any one place–and she doesn’t plan to. But when a chaotic hurricane evacuation lands her in Daily, Texas, she begins to think twice about her wayfaring existence.

And when she meets hometown-boy Kemp Eldridge, she can almost picture settling down in Daily–until she discovers he may be promised to someone else. Daily has always been a place of refuge for those the wind blows in, but for Kai, it looks like it will be just another place to leave behind. Then again, Daily always has a few surprises in store–especially when Aunt Donetta has cooked up a scheme.

The story is told in alternating chapters, told by twenty-something Kai Miller and 70 year old Donetta Bradford. Donetta and her two best friends decide to take a cruise to finally live a little. Then hurricane Glorietta blows into Texas and Kai and Donetta find unexpected friendship as they struggle through the hurricane together. Things really get complicated when Donetta insists on Kai staying with her in Daily, TX and Kai meets Donetta’s nephew, Kemp. Donetta decides to play matchmaker but will she be able to give the young couple the push they both need?